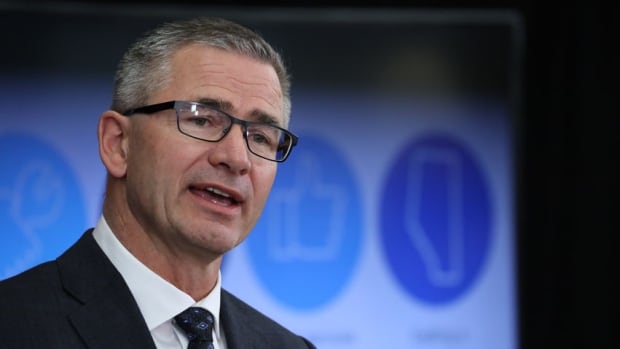 Alberta Health Services is calling for a three percent pay cut in ongoing collective bargaining with United Nurses of Alberta. The union said in a statement Tuesday that in addition to previous dismantling demands, it would reduce pay by five percent.

Finance Minister Travis Toews said in a statement Tuesday night that Alberta needs to get its finances back on track while praising the role of the province’s nurses throughout the pandemic.

“The need to align wages with those of other major provinces does not diminish our deep respect for the exceptional work and dedication of public sector workers,” the statement said.

“It is simply a reflection of our fiscal reality, and that which many sectors of the province have experienced.”

Toews said the past 16 months have put considerable additional pressure on the province’s already high levels of debt and deficit. He said the government hopes Alberta Health Services and UNA will negotiate in good faith to ensure healthcare workers are treated fairly “while respecting the fiscal reality of the province.”

Her statement indicates that nurses in Alberta earn about 5.6 percent more on average than comparable provinces.

The UNA and the provincial negotiators are due to meet again on Thursday.

“Shocking” change of posture, according to the union

“It was pretty shocking for us,” Harrigan said Tuesday night. He said unlike other sectors, demand for health care only increased during the pandemic and a shortage of nurses was causing bed closures.

On Sunday, AHS said a nursing shortage would temporarily reduce the number of acute care beds at Rocky Mountain House Health Center from 33 to 27. It expected staffing levels to stabilize in about a month.

Harrigan also asked why nurses were being targeted for a flashback.

“Every occupation in Alberta is paid better than the comparator provinces – we called it the Alberta Advantage.”

He said Toews “was picking the numbers that he said would move his case forward.”

Harrigan said the UNA planned to file complaints with the Alberta Labor Relations Board for bad faith bargaining.

Flurry of IPOs, muted first quarter show and Fed cut to weigh on REIT mood in the near term