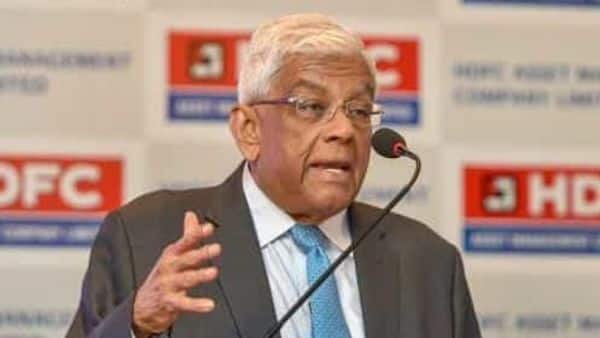 HDFC Life chairman Deepak Parekh fought hard on Monday for insurance companies to be allowed to sell pension and health coverage. Speaking at HDFC Life’s Annual General Meeting (AGM) held in Mumbai, Deepak Parekh said that while the Insurance Regulatory and Development Authority of India (IRDAI) allows insurers to sell pension and health policies, this would strengthen risk coverage in the country.

In asking IRDAI to allow insurers to sell NPS-type policies, Deepak Parekh said: “Today, life insurance can only sell life insurance policies in their branches and by through their employees. as mediclaim, ”adding,“ Enabling life insurers to distribute products such as health insurance and NPS would help improve the reach of much-needed insurance in our country.

The president of HDFC Life also asked IRDAI to assess the performance of a life insurer by capping spending limits, as the capital markets regulator SEBI has done for mutual funds with the total expense ratio (TER). He added that globally, pension and health coverage are an integral part of life insurance because they protect people against longevity and morbidity risks.

Meanwhile, on the issue of costs, Parekh, a veteran of India’s financial industry, argued for a TER-type deal for the life insurance industry as well.

“We continue to engage with the regulator to hold life insurers accountable for just one parameter, which is expense management limits, rather than having many targets on what they can and cannot invest. or spend, ”he told shareholders.

He said the impact of the third wave would not be as high due to an increase in immunization, and added that the economy is expected to grow between 8-10% in FY22.

The second wave of COVID-19 impacted the growth of the business in the first quarter, but the same will happen again from the September quarter, Parekh said, adding that everyone, including millennials, has become more serious about life insurance coverage due to the pandemic.

The outspoken industry veteran also said the second wave of infections witnessed a shortage of “basic needs” like oxygen and medical supplies.

“It may seem that the second wave peaked with the drop in the number of daily cases, but we have lost over 4 lakh of precious lives. We should not be complacent and let our guard down,” he said.

Parekh said the company had lost 17 employees and 38 “financial consultants” to the pandemic in the past 15 months and called on everyone not to be complacent about the virus.

There was a surge in death claims during the second wave, he said, adding that they were 3-4 times higher and stood at 70,000 in the June quarter.

Gross claims amounted to ₹1,598 crore and net claims were at ₹956 crores, he said.

Responding to questions from shareholders, Parekh said the company will invest in technology, skills and distribution going forward.

Parekh also said that the company, which provided ₹700 crore towards possible COVID-related claims, increased debt last year, after which its solvency ratio fell to 201% while the dividend payout reduced it further to 195%. He said, however, that he would never exceed the regulatory ceiling of 150 percent.

* Thank you for subscribing to our newsletter.