Health Ministry director-general Nachman Ash announced on Thursday that the Strauss Group’s Elite factory in Nof Hagalil would be closed for the next three months as the company investigates salmonella contamination that prompted the company to launch a massive product recall across the country.

“They can’t manufacture and market their products” until the plant is recertified as safe, Ash said after a tour of the facility with workers and health officials.

Ash said ministry teams were looking for “possible flaws” that were causing problems on the production line. “We will continue this investigation,” he said. “There is a process that needs to be done here to make the plant fit for production once again.”

The factory’s certificate of quality will be reinstated once we have ensured that all lessons have been learned, all procedures completed and we can be confident not only that the production line is free from contamination, but that there will be no contamination in the future.”

In her first comments since the recall was launched, Strauss Group Chairman Ofra Strauss apologized for the “distress” the company had caused, with another official suggesting the products may have been contaminated due to the presence of pigeons.

“[I’m] here to say on behalf of the company as clearly as possible: I’m sorry to have disappointed you. I’m sorry for all the distress you’re going through because of us,” Strauss said at a news conference with other company officials.

“We have never faced an event like this and this is the biggest reminder in the history of Strauss. We will only open the factory when we are sure that everything is safe. I am the president of the company and I have been involved in all the decisions for the past week.We have all worked hard throughout this week.

The company first announced the massive recall on Monday, calling on consumers not to buy and stores not to sell a range of chocolates and snacks due to fears of salmonella contamination. On Tuesday and Wednesday, it expanded the recall to include additional products, after ongoing lab tests found other suspicious bacteria.

Speaking after Strauss, CEO Eyal Dror revealed additional deficiencies the company had discovered at the Nof Hagalil plant, saying officials had found pigeons at the facility which could have contributed to contamination by salmonella. However, he said there was still no way to confirm whether it was directly linked to the infected products.

“In the weeks leading up to the first discovery, the plant underwent renovations that did not go according to procedure and that may have been a risk that had an effect,” Dror admitted. “A few days ago pigeons were found in the factory. It wasn’t supposed to happen. » 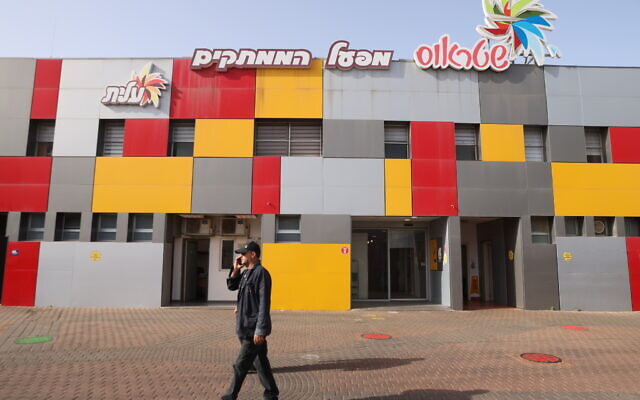 At least three people have been hospitalized recently with suspected salmonella poisoning, although none have been confirmed to have been affected by Strauss products. The Department of Health said on Tuesday that while most people with salmonella symptoms recover within days without complications, the elderly or immunocompromised should take special care.

Strauss has come under public criticism for waiting a week to tell the public about initial salmonella lab results, but the Department of Health has defended the company in this regard, saying it followed all relevant guidelines when testing.

Customers with items suspected of containing the bacteria can contact Strauss on its website or via customer service on *6860. The company promised to refund consumers double the purchase price of the affected products, but admitted that it was currently experiencing heavy backlogs in customer service.

We tell a critical story

Israel is now a much bigger player on the world stage than its size suggests. As a diplomatic correspondent for The Times of Israel, I am well aware that Israel’s security, strategy and national interests are always under scrutiny and have serious implications.

It takes poise, determination, and knowledge to accurately convey the story of Israel, and I come to work every day aiming to do just that.

Financial support from readers like you allows me to travel to witness both the war (I have just returned from a report in Ukraine) and the signing of historic agreements. And it keeps The Times of Israel the place readers around the world turn to for accurate information about Israel’s relationship with the world.

If it’s important to you that independent, factual coverage of Israel’s role in the world exists and thrives, I urge you to support our work. Will you join the Times of Israel community today?

You are a dedicated reader

We’re really glad you read X Articles from The Times of Israel over the past month.

That’s why we started The Times of Israel ten years ago – to provide discerning readers like you with must-read coverage of Israel and the Jewish world.

So now we have a request. Unlike other media, we don’t have a paywall in place. But since the journalism we do is expensive, we invite readers to whom The Times of Israel has become important to support our work by joining The Times of Israel community.

For just $6 a month, you can help support our quality journalism while benefiting from The Times of Israel WITHOUT ADVERTISINGas well as access Exclusive content only available to members of the Times of Israel community.

Thanks,
David Horovitz, founding editor of The Times of Israel